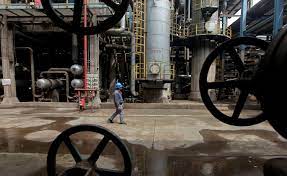 SINGAPORE (Reuters): China issued a second batch of 2023 crude oil import quotas, according to two sources with knowledge of the matter and documents reviewed by Reuters on Monday, raising the total for this year by 20 percent compared to the same time last year.
According to the document from the Ministry of Commerce, 44 companies, mostly independent refiners, were given 111.82 million tonnes in import quotas in this round.

Combined with the 20 million tonnes in 2023 quotas granted to 21 refineries in October, that takes the total for this year to 131.82 million tonnes, up from the 109.03 million tonnes issued in the first batch for 2022. The second batch of quotas for 2022 was released in June last year.

China, the world’s biggest oil importer, allocated some 2023 quotas earlier than usual to shore up the sluggish economy by encouraging refiners to boost operations.

Zhejiang Petrochemical Corp., which operates China’s biggest privately-owned refinery site, was granted the largest quota of this batch at 20 million tonnes, on par with last year’s issuance, according to the documents.

“The issuance is largely in line with market anticipation, and it suggests that Beijing is trying to boost economy by allowing refineries to ratchet up operation,” a Singapore-based oil trader said.

Global oil futures benchmarks Brent and West Texas Intermediate both gained than $2 a barrel on Monday, on optimism for future fuel demand as China dropped its zero-COVID restrictions and began unfettered travel across its borders.