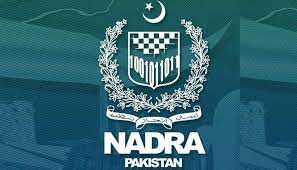 The Minister of State for Interior has informed the Senate that National Database and Registration Authority (NADRA) had terminated 43 staffers involved in the illegal processing of Computerized National Identity Cards (CNICs) over the past year.

According to the details, NADRA initiated 279 inquiries against employees involved in the illegal processing of the ID document during the period. As said, 181 CNICs were issued to non-nationals over the past three years that had been canceled by NADRA, while, 8,152 cases are still under the process of verification so far.

The National Database and Registration Authority (NADRA) was created by the government of Pakistan about 3 decades ago for the sole purpose of computerizing all citizenry data, to streamline record, facilitate national planning commission, and weed out anomalies from the registration process. It was a magnificent project that not only earned great admiration at home but also gained significant appreciation at the national level. However, like all other national institutions, NADRA could not maintained professional standards, and transparency.

Gradually, NADRA became a hub of corruption, and nepotism because of irregular, adhoc, and no transparent recruitment of its employees, which led to institutionalized corruption, and misuse of authority at all levels including senior executives, and lower staff. According to reports, thousands of Afghan refugees, Indian nationals, Beharies, and Bengalis illegally procured Pakistan Computerized National Identity documents over the past years.

Historically, Pakistani bureaucracy never appraised the political leadership about the true deficiencies and poor performance of the national institutions and always comes up with unreal statistics, and the bulk of fake achievements to hide its failure and non-productivity. In fact, NADRA’s mismanagement has compromised national security because a large numbers of foreign nationals not only obtained citizenry documents but also got employment in sensitive institutions. However, NADRA and State institutions are unable to gauge the gravity of the problem and waiting for making up for the disaster. An institution could not achieve excellence until and unless its top brass implements merit and the law upon themselves and their colleagues, as evil stems from the top and travels downstream.