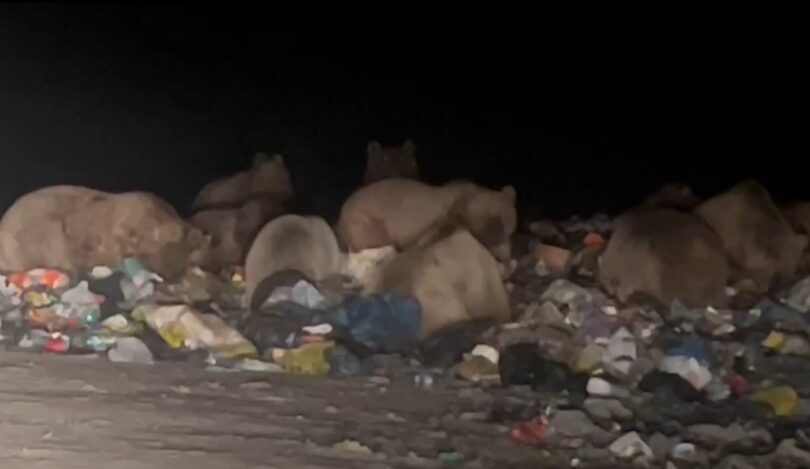 ISTANBUL (IHA): Brown bears that should be hibernating for the winter were recently spotted near the center of northeastern Kars’ Sarıkamış district searching for food.

They hibernate in the pine forests of the province but have been widely affected by the rising temperatures brought on by global warming.

The native species should hibernate in the months of November and December and wake up between March and April but were spotted in the town due to lack of snow, changes in weather and a lack of food in the wild.

Experts say this trend may damage local bear populations if their food cycle does not continue to match up with the weather.

The appearance of brown bears, on the other hand, has surprised the citizens, with the sleepy giants knocking over garbage containers and scattering the garbage in search of something to eat. Though they can fill their empty stomachs, the altered pattern of behavior can make them more susceptible to illness.

Posing no harm to the street animals, the bears returned to the forest after filling their empty stomachs and once again disappear into the depths of the trees.