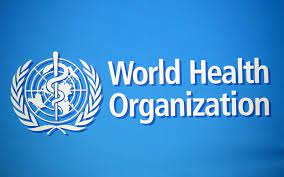 DHAKA (AA): Millions of people in Bangladesh lost their homes and livelihoods this year due to the effects of climate change, which is causing an unstoppable internal migration, the World Health Organization (WHO) said Monday.

Over 7.1 million Bangladeshis were displaced by climate change in 2022, a number that could reach 13.3 million by 2050, said the WHO, assessing the situation in the country of around 168 million people.

Bangladesh’s Foreign Ministry meanwhile said that climate change was costing the country 1% of its gross domestic product (GDP) every year.

According to estimates, rising sea levels will submerge around 17% of the country’s coastal lands and displace about 20 million people by 2050. Bangladesh ranked as the seventh-riskiest nation in the Global Climate Risk Index 2020, it added.

The WHO said that since 1978, the country has also witnessed three major influxes of forcibly displaced Myanmar nationals totaling more than one million people, each with unique medical needs and housed in one of the world’s largest and most densely populated camps in Cox’s Bazar.

Its statement came ahead of the third edition of its annual Global School on Refugee and Migrant Health in the capital Dhaka from Nov. 28-Dec. 2.

The WHO is organizing the event to support countries and territories in building professional competence and capacity to adequately address refugee and migrant health issues.

The e-learning hybrid event, hosted by Bangladesh’s Health Ministry, will be streamed globally.

Shafi Mohammad Tareq, a climate expert at Jahangirnagar University, said the shifting of settlements happens when basic needs like water, food supply and work opportunities get disrupted or destroyed.

“Bangladesh’s coastal region has been engulfed with an increasing salinity and cyclones, while the poor sanitation causes immense suffering to the locals. Agricultural farming becomes difficult due to the salinity in the soil,” Tareq, a climate expert and professor in the Department of Environmental Sciences, told Anadolu Agency.

Meanwhile, the country’s western and northern regions have been experiencing severe potable water crises due to the unhealthy presence of iron and arsenic in groundwater, he added, saying that “so many people lose their means of livelihood along hundreds of rivers across the country.”

According to the Bangladesh River and Delta Research Centre, there were a total of 1,274 rivers in Bangladesh in 1971, when the country gained independence. Since then, 507 have vanished.

Doubting the WHO figure, he said “we have an insufficient number of baseline databases and studies on climate effects in Bangladesh.”

He suggested applying indigenous knowledge to restore the environment and strengthen climate resilience.

“Migration and displacement can have deep and long-lasting impacts on physical and mental health and well-being, and cultural and linguistic differences, financial barriers, stigma and discrimination can all hamper access to health services for refugees and migrants,” WHO Director-General Tedros Adhanom Ghebreyesus was quoted as saying in the statement.