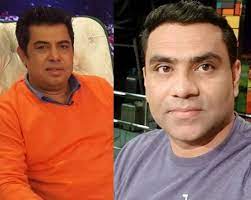 LAHORE: Stage actors, Naseem Vicky and Qaiser Piya, remained safe in a car accident on their way to Faisalabad.

Both the actors were going to Faisalabad to perform in a theatre show.

They, in their message, advised the people to avoid travelling in fog.

“Be careful while driving on roads in fog,” they said.