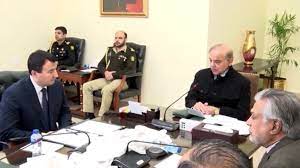 ISLAMABAD: Prime Minister Shehbaz Sharif on Tuesday said the connectivity projects in the region will not only bring trade communities closer, but also usher in a new era of peace and prosperity. The prime minister expressed these views as he received a high-level delegation from Uzbekistan led by deputy prime minister, Minister for Investment and Foreign Trade , Khodjaev Jamshid Abdukhakimovich.

Recalling his recent meetings with Uzbek President Shavkat Mirziyoyev on the sidelines of SCO Summit held in Samarkand in September and the 6th CICA Summit held in Astana, Kazakhstan in October 2022, the Prime Minister reaffirmed Pakistan’s resolve to further enhance the existing excellent relationship between the two brotherly countries.

The prime minister appreciated that fruitful discussion between business community to establish B2B contacts would enhance bilateral trade and investment.

The Uzbek delegation thanked Prime Minister and reiterated that the bilateral relationship is further deepening and pace of interactions is moving towards a positive trajectory.

The prime minister reiterated that friendship between Pakistan and Uzbekistan is strengthening with the passage of time and visit of delegation led by Deputy Prime Minister of Uzbekistan is manifestation of the growing relationship. (APP)