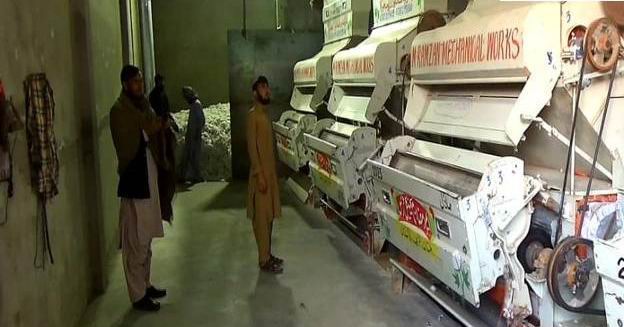 HELMAND (Agencies): Local Chamber of Commerce officials of Helmand say that two cotton processing factories opened in that province with an investment of 65 million Afghanis.
During the inauguration ceremony of the factories, Ghulam Yahya Pashtun head of Helmand Chamber of Commerce called the construction of this factory a great achievement said that 41 different factories are currently operating in Helmand, which employ over 3,500 people.
He added that the department of Chamber of Commerce strives to inspire national businessmen to invest in this province and provide employment opportunities to the youth.
Meanwhile, the founder of the factory, Rahmatullah Nazari, while talking to newsmen, said that 65 million Afghanis invested in these two factories, which has the capacity to process 74 tons of cotton in 24 hours.
The factories has been built in a period of 8 months, in which 200 people have been provided job opportunities.