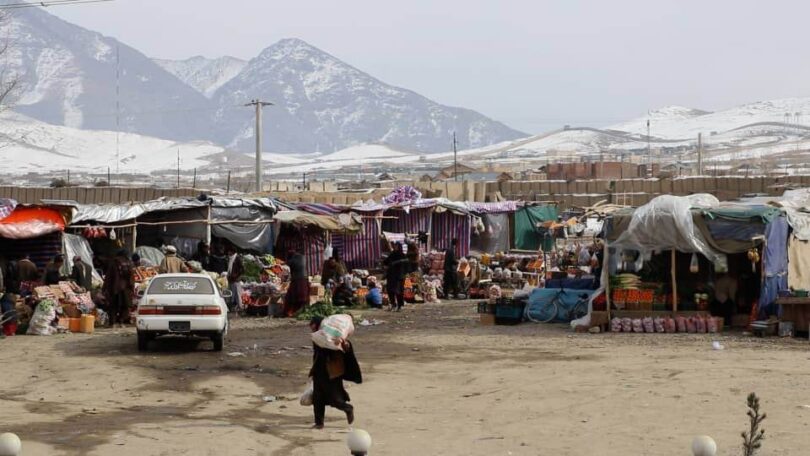 MAIDAN SHAHR (Pajhwok): Some shopkeepers in central Maidan Wardak province have asked the government to establish a separate fruit and vegetable market for them.
Agha Gul, a green grocer in the city, told Pajhwok Afghan News: “Lack of such a market is a huge problem. We urge the government to build a fruit and vegetable marketplace for us.”
Mirajan, another shopkeeper, said all types of fresh fruits and vegetables were grown in the province. But the absence of a standard marketplace forced farmers to take their produce to other provinces and sell them at low prices, he deplored.
“Maidan Wardak’s fruits — particularly apples — are famous but the province doesn’t have a standard bazaar. Traders from other provinces come here to purchase them,” he added.
Most vegetables had been affected by the current cold snap, he noted, believing if there was a standard market, crops would have been better protected.
Yet another shopkeeper, Mandozai, said:” Our people, particularly farmers and orchard owners, are financially unstable. When they transport their produce to Kabul or other provinces, they sell their produce cheaply.”
He also urged the government to create a standard fruit and vegetable market in the province to enable them to expand their businesses to other provinces and even abroad.
However, municipality officials say there was a fruit and vegetable market in the province previously, but it was currently inactive.
Eng. Mir Agha, a senior municipality official, said they had a market building in the province, but it was no longer functional. He assured it would be reactivated in the near future.