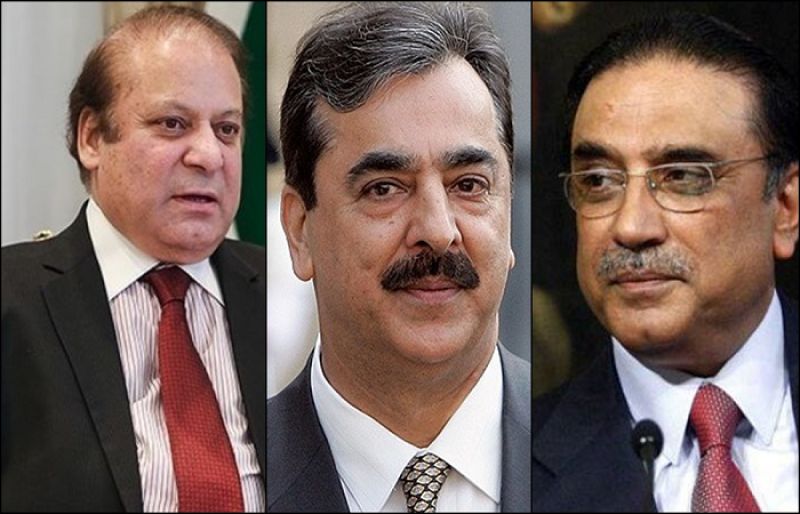 ISLAMABAD (INP): An accountability court in Islamabad on Wednesday sent back the Toshakhana reference against former president Asif Ali Zardari, ex-prime ministers Yousuf Raza Gilani and Nawaz Sharif filed by the National Accountability Bureau (NAB).
Accountability court judge Muhammad Bashir sent back the reference after the PPP and PML-N leaders applied to cancel the case because of the recent amendments made to the NAB Ordinance.
Toshakhana is responsible to store gifts given to Pakistani heads of state and premiers by other countries.
As per the gift depository rules, the presidents and prime ministers have to deposit any gifts they receive in the Toshakhana as they are the property of the state — unless sold at an open auction. The rules, however, do allow officials to retain gifts with a market value of less than Rs10,000 without paying anything.
In March 2020, NAB filed the Toshakhana reference in an accountability court against the three political leaders. Khawaja Anwar Majeed and Khawaja Abdul Ghani Majeed, the owners of the Omni group were also named as suspects in the reference.
According to the accountability bureau, former president Zardari and former premier Sharif obtained cars from the Toshakana by paying 15% of the price of the cars.
The bureau further alleged that former premier Gilani facilitated Zardari and Nawaz in this regard.
Sharif and Zardari are currently out on bail in other corruption cases against them. The reference filed by NAB alleges that Zardari was gifted luxury cars by the governments of Libya and the United Arab Emirates, and he used them instead of submitting them to the Toshakhana.
The accountability watchdog claimed that former premier Nawaz was given a car from the Toshakhana by the PPP government in 2008 even though he did not hold any official position in the government.
NAB had requested the court to conduct a trial and sentence the accused to the strictest possible jail terms under the NAB Ordinance for their involvement in the corruption scam. In May of the same year, the accountability court issued arrest warrants for former prime minister Nawaz Sharif after no one appeared on his behalf to represent him.
In September, of the same year, all three were declared proclaimed offenders in the case.
And in October 2020, the court ordered the confiscation of the property owned by Nawaz after he was declared an absconder in the case.