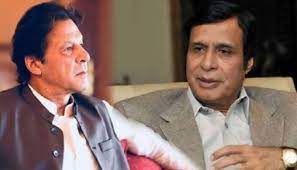 LAHORE : Cracks have become visible in the ruling coalition of Pakistan Muslim League-Quaid (PML-Q) and Pakistan Tehreek-e-Insaf (PTI) in Punjab over the issue of seat adjustment in the national and provincial assemblies.

According to the PTI sources, senior party leader Pervez Khattak has expressed his displeasure over increasing demands of the PML-Q and apologised to become of the delegation negotiating with the PML-Q. A faction within the PTI, led by Fawad Chaudhary, wants flexibility on the issue of seat adjustment.

PTI Chairman Imran Khan has also directed to keep the PML-Q satisfied in every case. An eight-member delegation of the PTI called on Punjab Chief Minister Pervaiz Elahi on Sunday. Shah Mehmood Qureshi, Fawad Chaudhry, Raja Basharat, Mian Aslam, Abbas Ali, and others were part of the PTI delegation that called on Pervaiz Elahi. The delegation held detailed talks with Pervaiz Elahi and Moonis Elahi on seat adjustment.

A split is also likely within the PTI over the issue of seat adjustment. The PTI delegation asked for one more day for further consideration. The final decision will be taken in the next two days. The sources with the PTI say that Imran Khan does not want to anger the PML-Q in any case. (NNI)