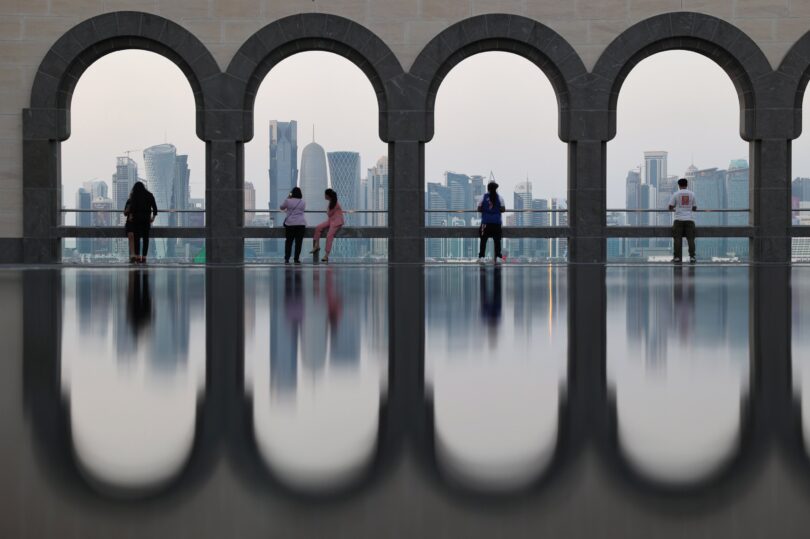 DOHA (AP): As Qatar is on the world’s agenda with the World Cup, it also hosts a diverse collection in Doha’s Museum of Islamic Art (MIA), offering a peek into diverse aspects of Muslim heritage.

An emerald inscribed for a Mughal emperor. A Safavid-period knotted wool carpet. An Ottoman-era curtain, intricately embroidered with metal threads, which was part of the covering of the Kaaba, the cube-shaped structure in Mecca that Muslims consider the metaphorical “house of God.”

In a capital where so much is new, the museum showcases a variety of the old and historic. And with soccer fans from around the world descending on Qatar, the story that the museum tells now has more listeners.

On a recent day, visitors – some wearing soccer jerseys or scarves – stopped to snap photos, inspect an object, read a label or browse shelves lined with books and souvenirs.

Qatari officials say they hope the tournament will help provide visitors with a better understanding of their culture and that of the larger region. The World Cup host has faced intense criticism over rights issues, including the treatment of migrant workers, and accusations of “sports washing” or attempting to use the event’s prestige to remake its image.

Sports is not the only area where Qatar, a small country with big ambitions and the vast wealth to match, has sought to leave its mark as part of a quest for global influence. It has also been aiming to carve out a name in the culture and arts arenas, including with museums like MIA.

“We have the ambition to show Islamic culture in all its diversity and sort of also show the regional differences,” said Julia Gonnella, MIA’s director. “The idea is really for education, for diversity, also to build up a society beyond oil and gas.”

The museum attracts both Muslim and non-Muslim visitors, she said, adding that MIA’s “first audience” is the people who live in Qatar.

Designed by renowned architect I.M. Pei, the MIA complex has a presence that is somehow both imposing and simple, with its waterfront location, light-colored exteriors and sharp and clean architectural lines. Geometric shapes and Islamic motifs appear inside. Windows drench the surrounding area in sunlight and provide a view of modern-looking buildings jutting into the sky across the water.

The museum’s collection includes metalwork, ceramics, woodwork and textiles. Items on display include jewelry, manuscripts of the Quran, the Muslim holy book, armor and arms.

The museum also offers glimpses into religious beliefs and rituals. Visitors can read about the five pillars of Islam – the profession of faith, prayer, almsgiving, fasting and hajj or pilgrimage – or learn about hajj rituals and different funerary practices in the Islamic world.

Initially opened in 2008, the museum closed in April 2021 and reopened a month before the World Cup with expanded interpretive materials to help provide more context for items on display.

A temporary exhibition titled “Baghdad: Eye’s Delight” celebrates the capital of Iraq as one of the “most important and influential cities in the Islamic world” and highlights its role as a city “of power, scholarship, and riches,” according to the museum. The exhibition features objects on loan from world-renowned institutions, MIA says.

Rob Humphreys, who was visiting from Wales, said he particularly enjoyed viewing Baghdad from a different angle.

“At least in Europe, we tend to associate Baghdad with … war and so on and the invasion,” he said. “Learning about how important Baghdad was as a cultural and scientific and trading city … was really interesting.”