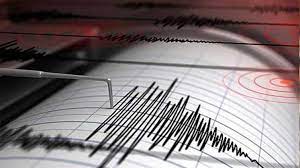 ISLAMABAD: A strong earthquake jolted the federal capital, and parts of Punjab and Khyber Pakhtunkhwa on Thursday evening.

The magnitude of the quake was recorded at 5.8 on the Rector scale.

The epicentre is stated to be the Hindu Kush region and has a depth of 173km.

In Punjab, the earthquake was reported in Jhang, Chiniot, Faisalabad, Hafizabad, Multan and adjoining areas.

People came out of their houses and started praying.