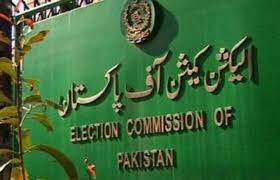 ISLAMABAD (TLTP): The Supreme Court has allowed the Election Commission of Pakistan (ECP) to go ahead with the contempt proceedings against former prime minister and Pakistan Tehreek-e-Insaf (PTI) Chairman Imran Khan and other party leaders.
A three-member bench headed by Chief Justice Umer Ata Bandial and comprising Justice Ayesha A Malik and Justice Athar Minallah heard the ECP s petition seeking transfer and consolidation of cases filed by the PTI with different high courts challenging its contempt notices. The TLTP learnt that during the hearing, the SC asked ECP to continue contempt proceedings against PTI chief Imran Khan, Fawad Chaudhry and Asad Umar.
“ECP should decide on objections raised by PTI according to law,” said SC and added, “Sindh and Lahore High Courts did not stop ECP from contempt proceedings against Imran and others.” “The election commission is a constitutional body, how could a stay order be given on its proceedings,” SC questioned.
The ECP in its petitions has pleaded to the apex court to lift the stay orders issued by high courts against the electoral watchdog’s contempt notices to PTI Chairman Imran Khan, Asad Umar and Fawad Chaudhry.