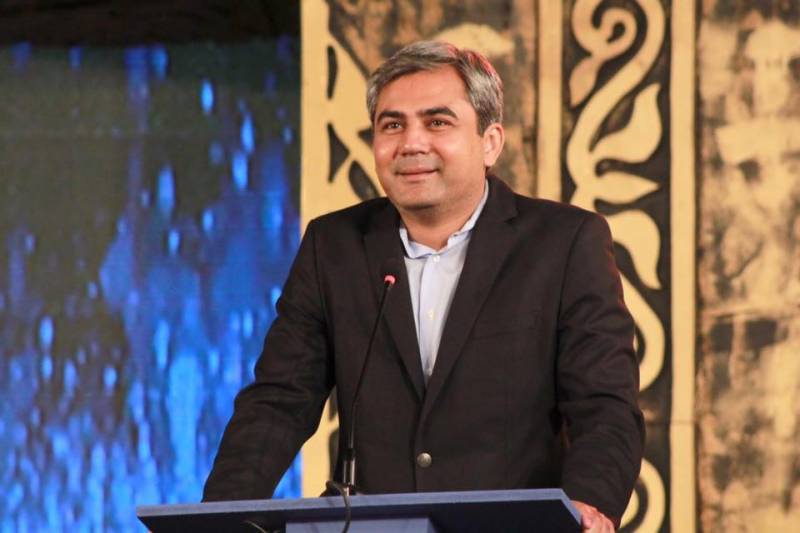 ISLAMABAD (PPI) :Election Commission of Pakistan (ECP) Sunday gave final approval to the name of the opposition’s nominated Syed Mohsin Naqvi as Punjab Caretaker Chief Minister.
As the Pakistan Tehreek-e-Insaf (PTI) led Punjab government and the opposition failed to cobble together an interim set-up in the country’s largest province, the decision was made by the ECP in a meeting presided over by Chief Election Commissioner (CEC) Sikandar Sultan Raja as the deadline to pick a caretaker chief minister for Punjab drew closer.
After the no consensus between the government and the opposition, the matter was sent to the electoral body under Clause 3 of Article 224-A of the Constitution. The ECP has to pick the CM from four nominees including Syed Mohsin Raza Naqvi, Ahad Khan Cheema, Sardar Ahmad Nawaz Sukhera, and Naveed Akram Cheema.
ECP also issued a notification that says: “Pursuant to the proviso of Clause(3) of Article 224-A of the Constitution of the Islamic Republic of Pakistan and as a result of detailed deliberations made on January 22, the ECP has unanimously decided to appoint Syed Mohsin Rana Naqvi as the caretaker chief minister, Punjab with immediate effect.”
The ECP said a letter had been dispatched to Punjab Governor Balighur Rehman for administering the oath to Naqvi.
Since Saturday, the ECP worked on preparing the profiles of four candidates nominated by the treasury and opposition leaders of the dissolved Punjab Assembly for the selection of the caretaker chief minister of the province.
The detailed profiles of the nominees explained their qualifications and performance in their respective fields. The ECP secretary presented profiles of the nominees in today’s meeting after which the ECP announced the final name of the CM.
The matter to pick the Punjab caretaker CM came to the Election Commission when a parliamentary committee constituted by the Punjab Assembly speaker failed to build a consensus on a candidate for the slot.
The parliamentary committee of the government and opposition members met on Friday last, however, they failed to reach a consensus on a single name.
The government had proposed the names of Sardar Ahmad Nawaz Sukhera and Naveed Akram Cheema while the opposition had nominated Syed Mohsin Raza Naqvi and Ahad Khan Cheema for the slot of the caretaker chief minister of Punjab.
Profile of Syed Mohsin Naqvi
Syed Mohsin Naqvi is a reputable name in journalism. He is born in Lahore on October 28, 1978, and did his primary education at Crescent Model School.
He graduated from Government College University (GCU) Lahore and got a degree in Journalism from the USA. During his stay in Miami, USA, he joined the international television channel, CNN as a reporter and also has the honour of being the youngest Regional Head of South Asia after returning to Pakistan.
During the war on terror during Musharraf’s reign, Mohsin Naqvi, as the regional head, demonstrated his skills throughout the world through his lively reporting. He also interviewed martyred former premier Benazir Bhutto who reportedly made her last call to him before martyrdom in 2007.
In 2009, at the age of 30, he founded the local media, the City News Network, and is now the Chief Executive Officer (CEO) of six news channels including City42, City41, UK44, Channel 24 News, and Rohi TV. He is also the Chief Editor of Daily42 Lahore.
In his life, Naqvi has always taken up difficult jobs and turned them into easy ones and continued to achieve success. He has close relationships with the country’s top political figures. Pakistan Muslim League Nawaz (PML-N) supremo Mian Nawaz Sharif has also called his name as the best for the caretaker setup in Punjab.