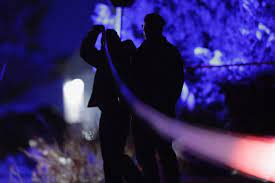 UTAH (Reuters): Eight people including five minors were found dead of gunshot wounds on Wednesday at a home in Enoch, Utah, city officials said in a press release.

Police summoned to the home for a welfare check found the bodies of three adults and five minors, the statement said.

“Each appeared to have sustained gunshot wounds. At this time, we do not believe there is a threat to the public or that there are any suspects at large,” the statement said.

“This investigation is still active and more information will be provided at a later time.”