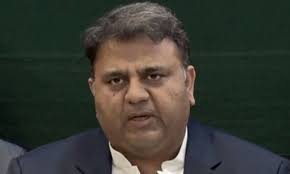 LAHORE (Agencies): PTI Vice President Fawad Chaudhry said on Wednesday that the PTI-PML-Q coalition had the requisite numbers for Punjab Chief Minister Chaudhry Parvez Elahi to secure a vote of confidence from the Punjab Assembly, adding that the proceedings would begin shortly.
Speaking on private TV channel from the assembly hall, where the session was extended by another hour, Fawad said: “The numbers for the confidence vote are complete.” He said that the PTI-PML-Q alliance was currently waiting for some lawmakers who were en route to the PA from various other cities in the province. He said that the confidence vote would be held as soon as they arrived.
Fawad also said that from a legal perspective, the vote could be held at any time since the session was still under way. He commended lawmakers for rejecting bribes offered to switch their loyalties. Fawad said CM Elahi was also on his way to the PA and the PTI wanted to get the proceedings “over with”.
When asked what about the plan of action if the confidence vote was held, Fawad said the party would then withdraw the petition from the high court and forward the summaries for dissolving the Punjab and Khyber Pakhtunkhwa assemblies by tomorrow morning. Questioned about his thoughts on the possibility of the confidence vote not being held, Fawad said: “God willing we will take it. We are only waiting for two MPAs [to arrive].” Meanwhile, Fawad also took to Twitter to say that the “number of 187 is complete”.