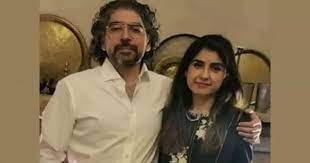 KARACHI (INP): Days after they fished out her body from the sea after an apparent suicide, Karachi’s police now suspect that a 22-year-old physical therapist cum receptionist working at an upscale pet care center in the city may have been murdered. Preliminary investigations had suggested that the victim, identified as Sara Malik, daughter of Ibrar Ahmed, had allegedly committed suicide by jumping into the sea near Karachi’s Sea View beach on January 6.
After a two day search, her body was fished out of the sea on January. Malik, who was earlier termed a doctor, was in fact a receptionist and therapist at RPK Critter Care and Animal Hospital located in the upscale Defence Housing Authority Phase-VI. Speaking to reporters, Karachi Police Surgeon Dr Summaiya Syed said that the victim’s body was brought to Jinnah Postgraduate Medical Centre (JPMC) for autopsy on January 8 at around 12:30pm.
She added that a female medico-legal officer (MLO) performed the postmortem, and collected all the relevant samples, but unveiling cause of death has been withheld until all reports arrive and are duly analyzed. The MLO observed that the body brought for autopsy was still ‘fresh’ although the police team apprised her that the body had been fished out two after a two-day search.
Based on the observations of the MLO, the police have started probing other possible aspects of the crime, including the possibility that she could have been murdered. “Observations of the MLO have raised concerns,” South-Zone Deputy Inspector General of Police (DIGP) Irfan Baloch told.
According to the DIGP, the body of the victim looked fresh and the MLO was able to find some evidences on the corpse which suggested that she was murdered, and it was not a suicide. Baloch said that the MLO collected the samples during autopsy and the reports are also indicative of their doubts. Apart from digital evidence, oral evidence also suggest that Sana Malik might be murdered.
The DIG said that the victim was working at the veterinary center for the past two years, and that during her employment there, she had developed relations with her employer, Dr Shan Saleem.