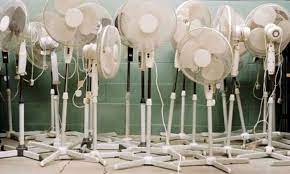 ISLAMABAD: The export of electric fans from the country has witnessed an increase of 14.64 percent during the first five months of current fiscal year (2022-23) as compared to the corresponding period of last year.

In terms of quantity, the fan export also rose by 6.92 percent from 474 thousand to 507 thousand, the data revealed.
Meanwhile, year-on-year basis the fan export however decreased by 46.90 percent during the month November 2022 as compared to the same month of last year.

It is pertinent to mention here that during the first five months of the current fiscal year, the merchandise trade deficit witnessed a decline of 30.14 percent and was recorded at $14,406 million this year against the deficit of $ 20,621 million last year.

On the other hand, the imports of the country decreased by 20.15 percent during the period under review by going down from $ 32,983 million last year to $ 26,338 million during the current year.(APP)