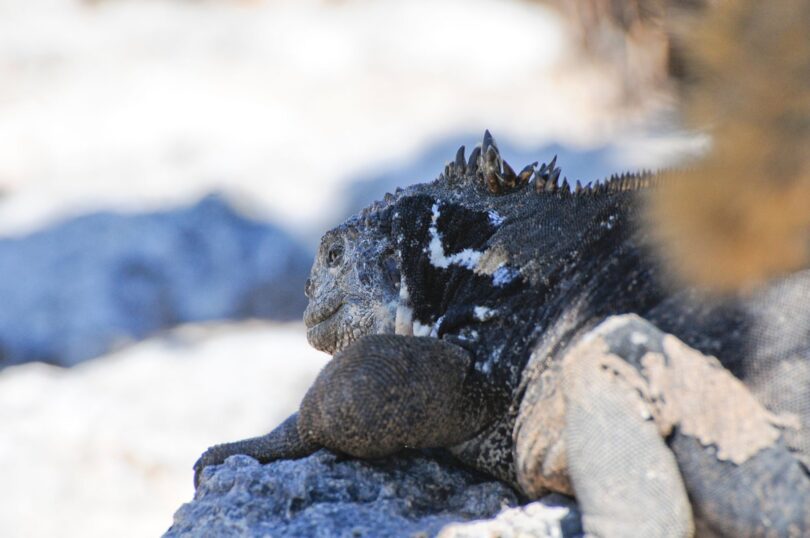 QUITO (Reuters) : It was a day to celebrate for Ecuadorean conservationists as scientists discovered a rare population of hatchlings and juveniles of the endangered Galapagos pink land iguana for the first time since the species’ discovery just decades ago.

Native only to the slopes of Wolf Volcano on the Galapagos’ Isabela Island on the Ecuadorean archipelago, the iguana is considered critically endangered and just several hundred are left, according to estimates.

“This discovery marks a significant step forward, which allows us to identify a path going forward to save the pink iguana,” Director of the Galapagos National Park Danny Rueda said in a statement on Tuesday.

The iguanas, which can stretch up to 47 centimeters (18.5 inches) in length, were first discovered by national park rangers in 1986. However, scientists took decades to recognize the pink iguana as a separate species from others on the island.

Their population is threatened by introduced species on the island, particularly rodents, the national park said.

“Knowing all the aspects that make their existence vulnerable will allow us to take timely actions, mainly against invasive species and thus avoid interrupting the natural cycles of these fragile ecosystems,” Rueda said.

The Galapagos Islands, with its unique wildlife, was a key force behind British scientist Charles Darwin’s theory of evolution. It is home to several species not found anywhere else including giant tortoises, flightless cormorants and several species of iguanas, including the pink iguana.

The Wolf Volcano is one of the most remote spots monitored by the national park, which installed a research and monitoring station at its base.