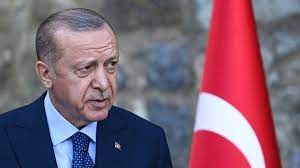 ISTANBUL (Reuters): Turkish President Tayyip Erdogan told Vladimir Putin in a phone call that peace efforts in the Russia-Ukraine war should be supported by a unilateral cease-fire and a “vision for a fair solution,” the Turkish presidency said on Thursday.

Erdogan and the Russian president have spoken repeatedly since Russian forces invaded Ukraine in February. Turkiye acted as mediator alongside the United Nations to set up a deal allowing grain exports from Ukrainian ports.

“President Erdogan said calls for peace and negotiations should be supported by a unilateral cease-fire and a vision for a fair solution,” the readout said, adding that Erdogan reminded Putin of the positive outcomes of the grains corridor deal.

Ukraine is a major global grain producer and exporter, but production and exports have fallen since Russia invaded and started blockading its seaports.

The two leaders also discussed Syria, with Erdogan telling Putin that concrete steps needed to be taken to clear Kurdish militants from the Syrian border region, the readout said.

According to the Kremlin, Putin “acknowledged the destructive role of the West, pumping weapons into Kyiv, providing information and guidance.”

Putin said that Russia was ready for a dialogue on Ukraine, but that Kyiv must fulfil the previously announced requirements and take into account “new territorial realities.”