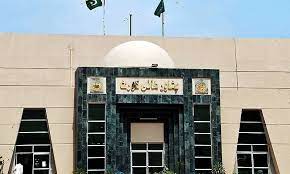 PESHAWAR: The starring committee established by federal government for usage of developmental funds in merged districts of erstwhile Fata has challenged at Peshawar High Court (PHC).

The writ stated that establishment of starring committee by planning commission 3rd January is unconstitutional and against the spirit of 25th constitutional amendment in which Governor Khyber Pakhtunkhwa become the subordinate of a bureaucrat.

The petition further added that Governor is a constitutional position while in the starring committee Khyber Pakhtunkhwa’s Governor become a subordinate to bureaucrat. Federal Government has curtailed constitutional rights of erstwhile Fata’s residents through a notification, the writ stated.

The petition requested PHC to declare null and void the notification regarding establishment of starring committee for developmental projects in merged districts of erstwhile Fata.

Moreover, the former MPAs has also filed another writ regarding release of 3% share for erstwhile Fata in National Finance Commission which also pending before honorable Peshawar High Court.

Although, writ stated that in 2010 NFC award 3% shares were granted for erstwhile Fata while its stoppage has disturbed businesses of duty including salaries of employees. The petition further argued that awarding of NFC in every five years is constitutional obligation and requested PHC to ordered competent for holding NFC meeting while pleaded for provision of funds as per populace ratio of erstwhile Fata district.

At the time of filing writ at PHC, MPA Ghazan Jamal said that they had upheld at issue at the floor of assembly for several times but to no veil and now knocked the doors of honorable court for their constitutional rights. He added that in writ court is requested to ordered federation for release of erstwhile Fata’s share.

MPA claimed that Sindh didn’t willing for NFC award while added only Rs5 billion is released for erstwhile Fata and claimed that all representatives of merged districts stand with shoulder to shoulder for obtaining their constitutional rights. He added that they pressurize federation from every forum to release erstwhile Fata share in NFC award.