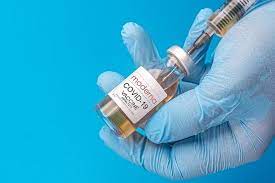 BRUSSELS (Reuters): Proposed changes to a European Union pharmaceuticals law will include stronger obligations for the supply of medicines and earlier notifications of shortages, EU Health Commissioner Stella Kyriakides said on Tuesday.

Kyriakides told a session of the European Parliament that shortages of antibiotics are a growing problem for many European countries. She said the European Commission’s proposal to revise the pharmaceuticals legislation is planned for March.

“Our objective is and remains to secure access to medicines for all patients in need and to avoid any market disruption of medicines in the EU,” Kyriakides said.

Shortages of antibiotics have been reported in 26 European countries, the European Medicines Agency says.

The unseasonably early upsurge in respiratory infections in Europe this winter and insufficient production capacity are the root causes of the shortages, Kyriakides said.

Numerous EU lawmakers speaking at the session said the shortages needed to be tackled urgently. But experts say shortages of essential generic medicines like antibiotics are likely to be recurrent in Europe due to problems in the sector such as the gradual migration of generic manufacturing to Asia.

Kyriakides said the EU is deploying all regulatory options and talking to companies to increase production and mitigate shortages.

She added that the Health Emergency Preparedness and Response Authority (HERA), the EU health crisis body established during the Covid-19 pandemic, could procure medicines and medical supplies on behalf of member states to address shortages.