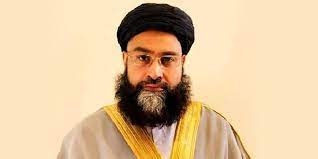 He said the mishap of East Pakistan happened because of personal interests and egoism while the sorrowful incident of APS united the whole nation at one platform to counter enemy’s nefarious designs with collective efforts.

Ashrafi who is also the chairman of Pakistan Ulema Council told APP that the enemy was engaged in conspiracies against Pakistan in a bid to create division between the nation and Pakistan Army. Some elements working on foreign agenda were spreading negative propaganda against Pakistan, he added.

Paying tribute to the sacrifices of Pakistan Army, martyrs, Ghazis and people in the tragedy of East Pakistan, he said the survival and security of any nation and its homeland was possible only with the mutual understanding between the nation, army and defense forces.

Ashrafi said if the political and military leadership of the time had attempted to address the issues through mutual consultation and unification and had recognized the enemy’s plots, Pakistan would not have been divided.

He said even today certain elements were burning midnight oil to create division in the nation and army to weaken Pakistan, but they had failed and would be so in the future.

He said sacrifices of the nation brought positive results by eliminating terrorism from the country.
He proposed the religious and political parties to ink an accord to improve the social and economic conditions of the country on the permanent basis. (APP)