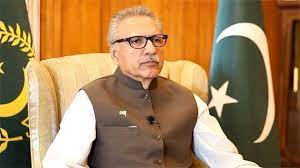 ISLAMABAD: President Dr. Arif Alvi on Friday said the tragic memory of the Army Public School attack was still fresh in the hearts of the nation, which would never forget the sacrifices of the martyred children.

“December 16 will always be a reminder of the great sacrifices of the martyrs of the Army Public School,” he said in his statement on the eighth anniversary of the APS incident.

President Alvi recalled that the militants committed extreme barbarity by targeting innocent young children in 2014.
He said the APS tragedy brought the nation together to get united in a decisive war against terrorism.

He said the entire nation was firm in finally eradicating the remnants of terrorism and expressed the commitment that no attempt could weaken the resolve against this fight.

The president prayed for the elevation of ranks of the martyrs of Army Public School.

He said the day was also a reminder to the international community that terrorism was a common problem of humanity and required intensified efforts for its eradication at the global level. (APP)