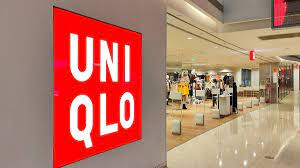 LONDON (BBC News): The owner of Japanese fashion chain Uniqlo says it will raise the pay of staff in its home country by up to 40 percent.

Fast Retailing says the new pay policy will apply to full-time employees at its headquarters and company stores in Japan from the beginning of March.

It comes as salaries in the country remain flat even as inflation is going up at its fastest rate in decades.

The company said it made the move “in order to remunerate each and every employee appropriately for their ambition and talents, as well as increase the company’s growth potential and competitiveness in line with global standards.”

“In Japan especially, where remuneration levels have remained low, the company is significantly increasing the remuneration table,” it added.

At the same time new store managers in their first or second year in the role will see their pay go up by about 35%.

“There are alarm bells warning that stagflation emerges if wage growth lags behind price hikes,” he said in a New Year address to business leaders.

Stagflation is when an economy does not grow but prices continue to rise.

Official figures published in November showed that Japan’s economy unexpectedly shrank for the first time in a year as gross domestic product fell by an annualised 1.2% in the three months to the end of September.

Meanwhile, Japan’s core consumer prices rose by 3.7% in November, the fastest pace since the Middle East oil crisis in 1981.

Recent research in Japan showed that more than three quarters of firms surveyed raised wages last year but the the majority of the increases were well below 10%.

For example, in 2009 Mr Yanai told the BBC that he would diversify production out of China and start making clothes in Cambodia to lower costs.

The decision, which was seen as a major gamble at the time, has since paid off for the firm.

In recent months Mr Yanai has been critical of the Japanese government’s economic policies, especially when the yen weakened against other major economies late last year.

He has also called for fundamental reforms to Japan’s economy to help protect ordinary people from the impact of rising prices.
Shares in Fast Retailing rose by 1.4% in Tokyo trading on Wednesday.