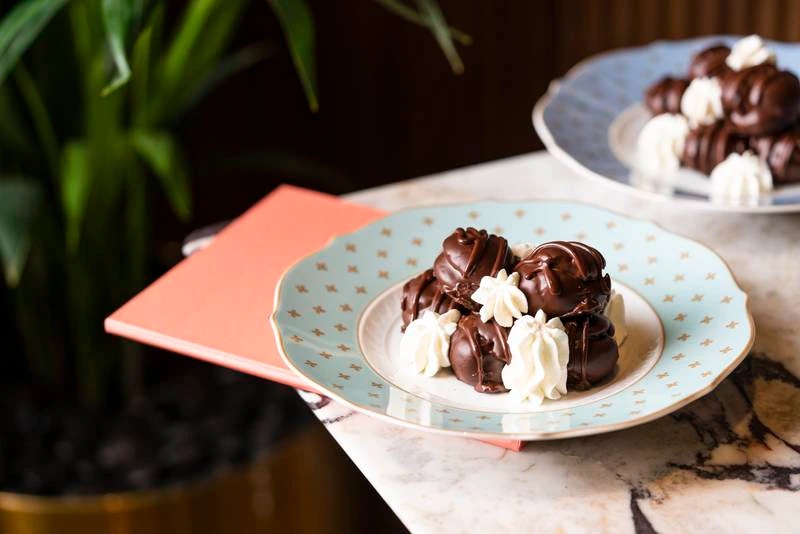 The holiday season is upon us, and with it comes a desire to make and feast on delicious and traditional treats that at once tantalise the taste buds and fill one with a sense of nostalgia.

In this series of seasonal dishes, we ask chefs from some of the UAE’s top restaurants to share their favourite festive recipes.

Chocolate profiteroles from The Artisan

Chef Francesco Magro heads up the kitchen at Italian restaurant The Artisan at the Waldorf Astoria Dubai International Financial Centre. Lauded by both the Michelin Guide and the Gault&Millau UAE Awards, Magro has worked at award-winning restaurants in Monza and Brianza in his native Italy, plus Baden in Germany and Antwerp in Belgium. He was also chef de partie at At.mosphere in Burj Khalifa.

Of the recipe he shares with The National, Magro says: “Profiteroles were born in France but have Italian origins. It was Catherine de Medici, Queen Consort of France’s King Henry II, who brought some of the tastiest Italian recipes across the Alps, including this one.”

Ingredients and method for the custard cream

Ingredients and method for the chocolate ganache

Ingredients and method for the pastry