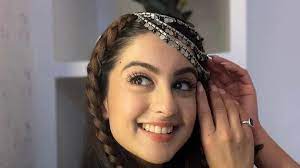 MUMBAI: Just a few minutes the television industry woke up to the shocking news of Alibaba: Daastan-e- Kabul actress Tunisha Sharma passed away by committing suicide.

The actress hanged herself on the sets of the show and the incident took place in her co–actors makeup room Sheezan Mohammed Khan who essays the role of (Alibaba).

The reason why the actress took such a drastic step is still unknown.

Tunisha was the lead of the serial and she has a good bond with her co-star Sheezan Mohammed Khan, sources confirm that the actress committed suicide in the actor’s make up room.

There were rumors doing the rounds that Sheezan Mohammed Khan and Tunisha Sharma were in a relationship and the actress was disturbed as there were problems going on between them.

What the problem between them is not known but there are reports doing the rounds.

Sheezan Mohammed Khan is an Indian television actor. He is best known as young Akbar/Sultan Murad Mirza in Jodha Akbar and now as Ali Baba in Ali Baba: Dastaan-E-Kabul.

The actor is apparently being loved for his role as Ali Baba and the fans loved their chemistry.

He is the younger brother of Falaq Naaz and one can see the bond they shared with Tunisha on her various social media posts.