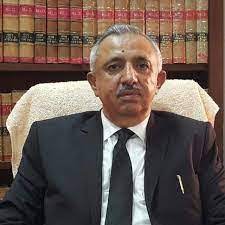 ISLAMABAD: Minister of State for Law Shahadat Awan said on Tuesday that Rs. 362.6 Million have been allocated to NDMA as a regular budget for the fiscal year 2022-23, whereas, an amount of Rs. 8 Billion has been allocated to NDMA for procurement in view of monsoon flood 2022. Speaking on the floor of the Senate, during question hour, he said that NDMA Annual Reports for the years 2018, 2019, 2020 and 2021 are already available on NDMA Website.

Furthermore, he said, NDMA Annual Report 2022 will be prepared and published after the conclusion of the year 2022. Sharing the details of the objectives achieved by NDMA during the last 05 years, he said that from 2018 to 2021, NDMA has been managing multiple manmade and climate-induced disasters including heavy rains/snowfall, flash floods, hill torrents, glacial lake outburst floods, urban flooding, tropical cyclones and earthquakes in AJ&K, Balochistan and Gilgit Baltistan. In addition, NDMA was intimately involved in responding to two major national/international emergencies, locusts and COVID-19.

Based on the PMD forecast, the Minister of State said, monsoon contingency plans were prepared at the national, provincial and district levels. Monsoon Seasons from 2018 to 2021 saw climate change-induced impacts ranging from flash floods, hill torrents, cloud bursts, and glacial lake outburst floods (GLOF) to urban flooding with the latter being the most recurrent theme in recent years.

Highlighting the steps that were taken to tackle the hazards of monsoon he said that National Monsoon preparedness meetings were held before the onset of the season and contingency plans were issued to all stakeholders, and added, National Emergency Operations Centre (NEOC) and Army flood Control Centre (AFCC) were activated for round the clock monitoring of developing situation in the country.

He said the other steps are including the dissemination of weather alerts and warnings to communities in vulnerable areas to forewarn for safety measures and provision of helicopter support coordinated with the Pak Army as per emergency/requirement and coordinated establishment of medical / relief camps with Armed forces as per requirement.

To another question, he said that Disaster Management is a devolved subject after the 18th Constitutional Amendment, with the primary onus being on Provincial Governments / PDMAs.

As per National Disaster Management Act 2010, Chapter II, Section 9, Para (a) & (c), NDMA is mandated to “Act as the implementing, coordinating, and monitoring body for disaster management” and “implement, coordinate and monitor the implementation of the national policy.” (APP)