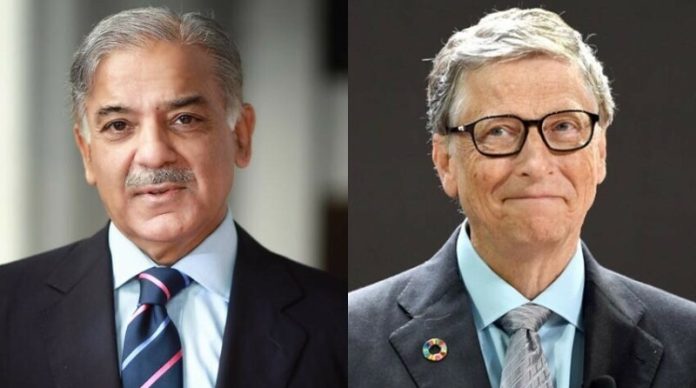 ISLAMABAD (APP): Prime Minister Muhammad Shehbaz Sharif on Tuesday reiterated that the government remained committed to ending all forms of polio in the country.
The prime minister had a telephonic conversation with Co-Chair of the Bill & Melinda Gates Foundation (BMGF) Bill Gates and discussed the ongoing public health and social sector programmes supported by BMGF in Pakistan, PM Office Media Wing said in a press release. While expressing concern over-reporting of new cases in 2022 after one year without any polio case, the prime minister noted that there had been a pause in polio cases since September 2022.
In light of the recent flooding which had adversely affected the ongoing polio vaccination efforts due to large-scale displacements and destruction of healthcare infrastructure, the prime minister reaffirmed that the government was actively implementing the special emergency response plan and would continue to adapt and find ways to reach out to children in these challenging times.
He also appreciated the valuable support extended by the BMGF to Pakistan in polio eradication and improving immunisation, nutrition and financial inclusion in the country.
The prime minister reaffirmed Pakistan’s desire to further strengthen the fruitful partnership with the Foundation in all the ongoing areas of cooperation. Gates deeply regretted the loss of lives in the recent flooding in Pakistan.
He also acknowledged Pakistan’s efforts to eradicate polio and reiterated his Foundation’s continued support to Pakistan for ensuring that no child was at risk of paralysis due to poliovirus.
Various other government-led programmes supported by the BMGF aimed at addressing malnutrition and stunting, essential immunisation services, micropayment gateway RAAST, and digitization of the National Savings Programme were also discussed.
The prime minister and Gates agreed to continue working together on the shared objectives and in the areas of mutual cooperation.