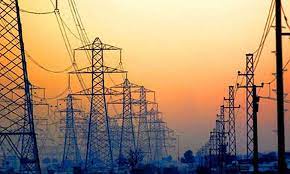 PESHAWAR: Industrialists have demanded of the government to ensure low-cost and uninterrupted electricity and gas supply to manufacturing units to promote industrialization. Besides, the manufacturers also called for prompt steps to resolve the Letter of Credits (LCs) issue owing to which process of industrialization is near to complete halting.

These issues were taken up during the visit of Governor Khyber Pakhtunkhwa Ghulam Ali to Industrial Estate Hayatabad Peshawar, which he had paid on invitation of Industrialists Association Peshawar (IAP) Malik Imran Ishaq, said in a press release issued here on Friday. Governor KP Ghulam Ali and Mayor Peshawar Zubair Ali were received on lunch by President IAP Malik Imran Ishaq and Group leader Ghazanfar Bilour on behalf of IAP.

Malik Imran Ishaq, the association president in his opening remarks raised various issues of industrialists, which mostly related to electricity and gas, as well as collection of fixed billing charges, quarter tariff adjustment in power bills, etc. KP is producing natural gas in surplus quantity and new discoveries of gas were also reported in the province, the association chief said.

He added that the people of KP have first right to fully exploit natural gas under the constitutional article 158-A, despite the fact that electricity is being not supplied to industrial, commercial and domestic consumers fully and at cheap rates. Similarly, he raised concern over fixed billing charges and quarter tariff adjustment in power bills, saying that KP is also self-sufficient in electricity production but electricity was unavailable to industrial and commercial consumers in the province.

The IAP president asked to immediately halt fixed billing charges and collection quarter tariff adjustment besides ensuring provision of cheap and uninterrupted power supply to industries. Ghazanfar Bilour while speaking on the occasion took up the issue Letter of Credits (LCs) before Governor KP, saying that the process of industrialisation is near to stagnation owing to non-opening of LCs issue. Besides, he added an unprecedented increase was also seen in the cost of industrial production.

A large number of goods trucks have been stuck up at Karachi port owing to non-opening of LCs, and heavy demurrage charges were being collected on daily basis, because of which industrialists have been faced with financial as well as production losses, Bilour informed. Former FPCCI president raised the question: How would the industries flourish when the process of export is being halted? He said industrialists have been forced to shut their units owing the prevailing circumstances.

Malik Imran Ishaq urged the the Governor Khyber Pakhtunkhwa to lead their community as a representative. “If the issues were not resolved amicably under your leadership then manufacturers would be compelled to stop production units due to unaffordable huge financial losses,” the association chief added. Governor KP Ghulam Ali, assured the IAP president and industrialists that he would take up their issues at the central level efficiently and would make all possible efforts to resolve them promptly.

He invited the IAP president to come to Governor House and requested him to help them in writing letters to the central government regarding industrialists’ matters and issues. Ghulam Ali, on the occasion assured that he will take up issues of industrialists in an upcoming meeting in Islamabad with federal ministers and relevant senior officials.