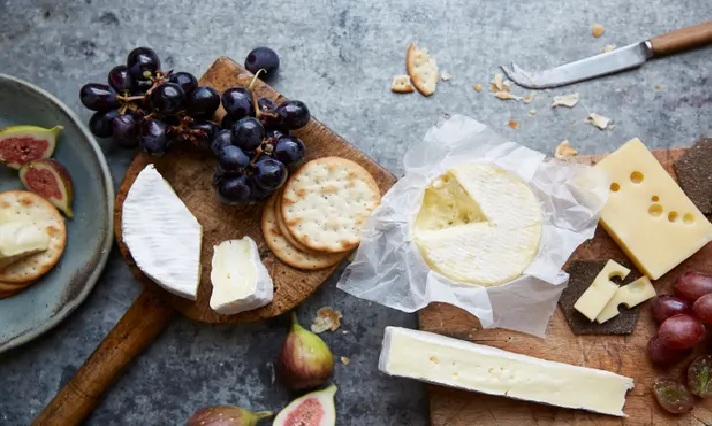 How do I put together the best Christmas cheeseboard?

The number one rule, Sarah, is not to buy your cheese too early. “It’s like a bottle of wine – when you open a whole cheese, a lot of those flavours, smells and textures dissipate with time,” says Andrew Swinscoe, who owns and runs The Courtyard Dairy near Settle, North Yorkshire. “You could buy some waxed truckles now for Christmas, but cut pieces are best bought as close to the day as possible.”

As for which cheese to go for, either play it safe with a spread of crowd-pleasers, be a little more adventurous or find a happy medium. Whatever your strategy, Patricia Michelson of La Fromagerie in London says, “Always stick to growing the flavours and textures to an ultimate flourish at the end.” But how, exactly, do you do this? Michelson suggests starting with “a fresh goat’s cheese with nice acidity to neutralise and cleanse the palate, then a crumbly, light cheese such as young wensleydale, followed by a creamy, bloomy, white rind camembert or brie de meaux.” Next up is a “hard, fruity cheese” (think cheddar or a gruyere-style), followed by a washed-rind cheese such as epoisses, “housing a mellow, rich, buttery texture”, and finish with a blue to “bring the cheeseboard together”.

Swinscoe, meanwhile, experiments with the classics, such as brie, cheddar, blues: “Look for something different in their families, just to mix it up.” For example, “instead of going for stilton, go for darling blue, which is a bit more interesting”, while a classic brie could be swapped for a “really buttery and creamy” rollright. The trick, however, is not to get carried away. “People buy lots of different types of cheese, and end up with loads of small bits of leftovers that dry out,” Swinscoe says. “Four or five great cheeses is the best place to be.” You could, though, simply hero one cheese: “A majestic cheddar or stilton on its own with a glass of port or madeira is a classic,” Michelson says, while Ed Smith, author of The Borough Market Cookbook, is partial to “a quarter of Stichelton and a significant wedge of aged comté”.

You’ve then got the accompaniments to contend with, which could mean anything from jellies to nuts and crackers. “For me, the trio comprising an oatcake-style biscuit, a plain cracker and then a wild card of your choice provides the right balance of intrigue and dependability,” says Smith, who also adds “one or two” of the following: grapes, figs, dried fruits, pickles, jellies and pastes. A medlar or damson jelly would be Swinscoe’s top pick: “It’s good for cutting through the richness, but you don’t want to overpower the cheese, so nothing too vinegary, sharp or flavoured.”

Perhaps the biggest question of all, though, is when to serve your cheese. “Sometimes, after a big meal, it’s best to save the cheeseboard for a few hours later,” Michelson says. And this tactic comes with the added benefit of being able to nibble said cheese throughout the evening, preferably, Swinscoe adds, with a glass of keeved perry. “It’s sweet and low in alcohol, so will be fine after all that red wine.”