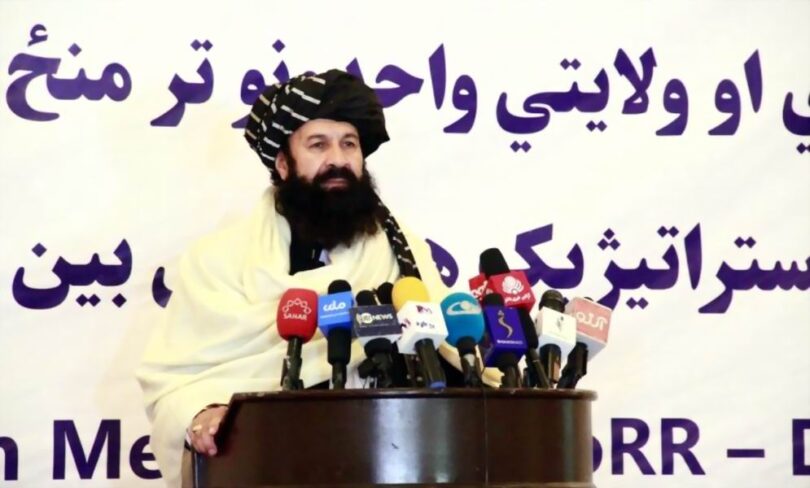 KABUL (Agencies): The Islamic Emirate of Afghanistan’s Acting Minister of Refugees and Repatriation, in a meeting asked the countries to release Afghan undocumented refugees from prisons.
Currently, thousands of Afghan refugees are imprisoned in a number of countries due to lack of legal documents.
The strategic coordination meeting between the central and provincial units of the Ministry of Refugees and Repatriation,held in Kabul which will last for two days.
Minister Khalil ur Rahman Haqqani, stated that aggression by foreigners and coercion caused the migration of Afghans to neighboring countries and other countries, adding that aggression and economic problems had caused Afghan citizens to migrate in neighboring countries and other countries.
Addressing the Afghan immigrants, he said, “The occupation of the country by the aggressors has ended, try to return to the country and contribute to the development of the country.”
Haqqani asked neighboring countries and the world to ensure the rights of immigrants and not deprive them of their rights in accordance with the Geneva Convention and the United Nations.
He mentioned saying that Afghan undocumented refugees who are imprisoned due to the lack of legal documents should be released on the host countries.