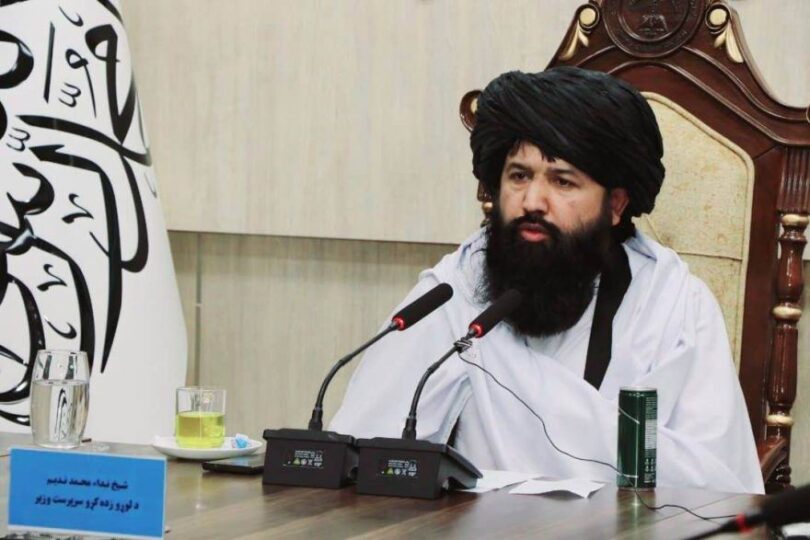 KABUL (Khaama Press): Nida Mohammad Nadim, the Acting Minister of Higher Education of Afghanistan’s interim regime expressed his gratitude for the implementation of the decree in the universities.
In a meeting on Sunday with the officials of private universities, the Acting Minister of Higher Education expressed his optimism on the exercise of baring female students from universities, saying, “there has been no opposition to the education of girls as per the recent decree of this ministry”
The minister assured the officials of the private universities in solving the many challenges they are faced with. He further added the current administration is not opposing the education of the new generation but believes in developing a comprehensive system in accordance with the Islamic Sharia and the national values of the country.
This happens as the Ministry of Higher Education on 21st December announced a decree banning girls’ university education in public and private universities, accompanied by worldwide condemnations – calling for revoking the act and allowing Afghan women and girls to access education and work.
In order to overcome the problems of the private universities, Mr. Nadim spoke of forming a joint commission between the Ministry of Higher Education and private university professors – reiterating these sectors should prepare in accordance with the legal provisions of the ministry.
To sympathize with female university students and protest against the gender-based apartheid policy of the ruling regime, a number of male students from private and public universities have gone on strike, chanting the slogan “education for all or none”. Additionally, to show solidarity with Afghan women being deprived of getting an education, some university lecturers have resigned from their positions.