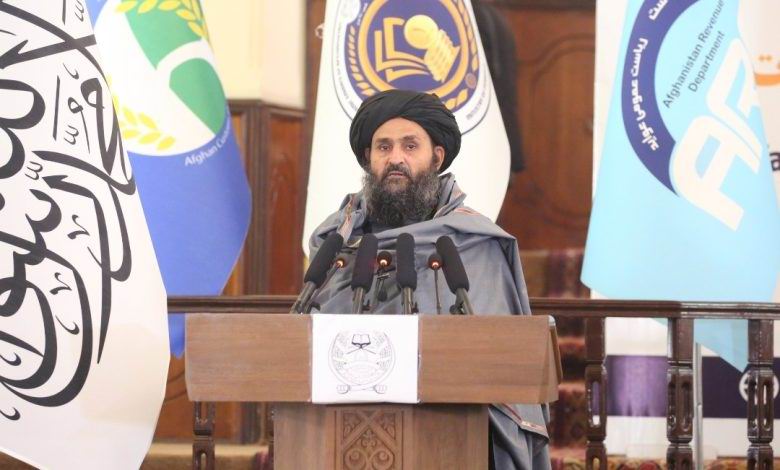 KABUL (Agencies): “Wavier Tax Penalties” was organized and attended by Deputies of Prime Minister and other several officials and Ministries.
Speaking at the program, Mullah Abdul Ghani Beradar, Deputy Prime Minister of the Islamic Emirate of Afghanistan said that taxes form the national budget of the countries and ensure the security, public services and well-being of the people.
Deputy PM Beradar called the Islamic Emirate of Afghanistan responsible against all citizens, including businessmen and industrialists, adding IEA will facilitated every opportunities for the businessmen of the country by ensuring their security protecting.
Afterward, Mawlavi Abdul Salam Hanafi, the administrative Deputy Prime Minister of the Islamic Emirate of Afghanistan, called the wavier of tax penalties by the Islamic Emirate a step toward supporting businessmen and industrialists, and asked the people to pay their taxes on time.
Addressing the taxpayers, Hanafi said: “Your taxes are used for the treatment of the sick patients, the support of orphans, the payment of government employees’ salaries, the salaries of the security and defense forces, the treatment of addicts and other public services.
The Ministry of Finance is striving to provide better services to all citizens, especially businessmen and industrialists, and will provide them with more facilities.
In this program, Acting Finance Minister Mullah Hedayatullah Badri said that collected taxes from the traders by the Customs offices are returned to the concerned persons by the Ministry.
Afghanistan is the only country, where tax penalties are waived, said the Minister of Industry and Commerce of the Islamic Emirate of Afghanistan, Nooruddin Azizi. He asked operational companies and investors to pay their taxes on time for Afghanistan’s self-sufficiency.
Meanwhile Foreign Minister, Mawlavi Amir Khan Muttaqi said that the Mujahidin of the Islamic Emirate sacrificed for the freedom of the country, which now the Islamic system rule the country, adding that now it’s time for businessmen and investors to lead Afghanistan to self-sufficiency and economic development with their effective efforts and good economic plans.
In the end of the program, the officials appreciated those companies who paid their taxes on time and fulfilled the rules and procedures of the Islamic Emirate.