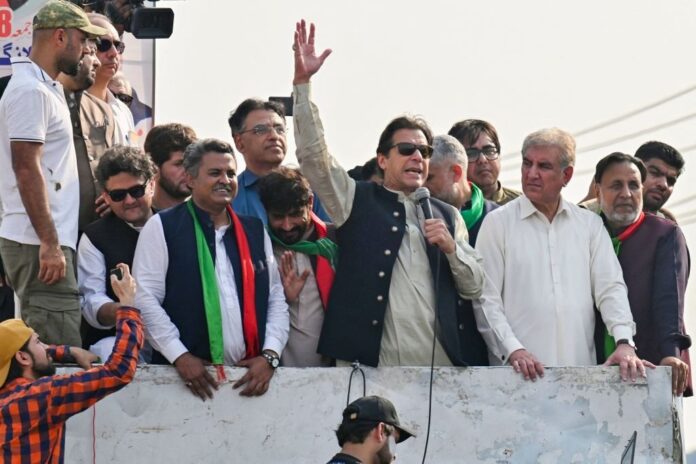 GUJRANWALA (INP): An anti-terrorism court (ATC) in Gujranwala has sent the prime suspect in the Imran Khan attack case on 10-day physical remand. As per details, the prime suspect Naveed Meher was presented before a special court of the ATC Gujranwala in the Imran Khan attack case.
The suspect will be presented before the court again on December 22. The joint investigation team (JIT) head Ghulam Mehmood Dogar was also present in the court. The police told the court that a motorcycle was recovered from Naveed Meher, the prime suspect in the Imran’s attack case.
Earlier, the JIT formed to probe the attack on the former prime minister and Pakistan Tehreek-e-Insaf chief Imran Khan had summoned Faisal Vawda. It is pertinent to mention here that Naveed Meher was arrested after opening fire at Pakistan Tehreek-e-Insaf (PTI) chief and former premier Imran Khan on November 3 from the crime scene at Allahwala Chowk during the party’s long march. The First Information Report (FIR) of the gun attack incident had been registered on November 7. A joint investigation team – formed to probe the attack on PTI chief on November 3, has been constituted under the Anti-Terrorism Act, 1997.