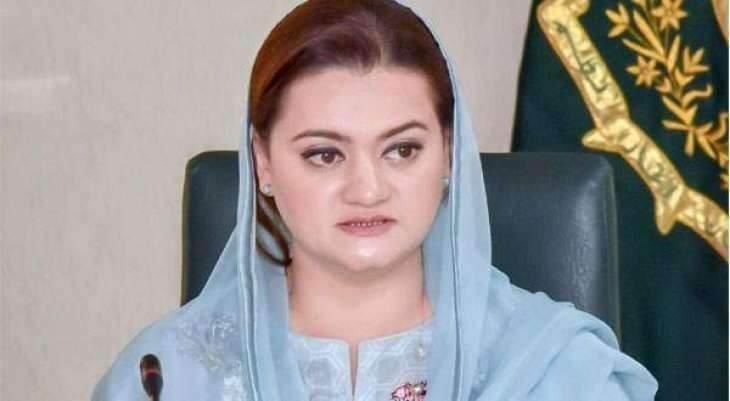 In a statement in reaction to Imran Khan’s tweet, she said that the” foreign agent” regretted that his commitment to bankrupt the country has not been fulfilled.

She said that the foreign agent and Tosha Khana thief was running away from the elections.

The minister said that Imran Khan was thrown out of power by exercise of the democratic right of a no-confidence vote.
Despite remaining in power for over three years, why Imran did not hold the local body elections, she asked.

Castigating Imran, she said that the PTI was “committed” to conducting elections in Punjab and Khyber Pakhtunkhwa, what happened to that commitment? What happened to the commitment to give one million jobs and building five million housing units, she said while taking a jibe on PTI leadership.

She said that Imran was only “committed” to loot and plunder, telling lies and fraud. She said Imran’s “commitment” was only to get foreign funding, steal the Tosha Khana gifts, and bankrupt Pakistan’s economy.

Marriyum said that the “commitment” of Imran was only to plunge the country into historic debt and push the people into unprecedented inflation.

She said Imran’s “commitment” was only to make a compromise over Kashmir and sell national interests. (APP)