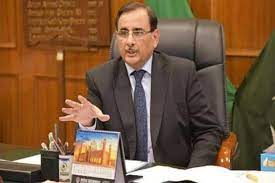 ISLAMABAD: As the central bank has lowered its projected GDP growth from the previously announced range of 3-4 percent for the current fiscal year, the Federation of Pakistan Chambers of Commerce & Industry’s Businessmen Panel (BMP) on Sunday asked the government to formulate long-term and consistent policies for high industrial growth and sizeable improvement in exports, as Pakistan’s export has been stagnant for a long time.
FPCCI former president and BMP Chairman Mian Anjum Nisar observed that the delay in the resumption of the IMF loan program and political instability exacerbated the country’s vulnerability through the depletion of foreign exchange reserves, as the resulting rupee depreciation amplified inflationary pressures by magnifying the effect of global price increase.
He said that a concerted approach is required to encourage increased localization of the manufacturing base, along with the lowering of energy intensity of the economy by ensuring energy efficiency and conservation.
Moreover, amid the growing issues related to climate change and inadequate food security situation, there is an urgent need to formulate a well-thought-out strategy to meet these challenges, he said.
FPCCI former president said that trade and industry need low cost energy to bring down their cost of production, keeping their goods competitive in the international market.
He said that the government would have to reduce the price of electricity along with the cut in the prices of petroleum products to bring down the cost of doing business and to promote industrial activities.
He said that the business activities were already in decline and in this situation the government should take serious steps to cut the cost of doing business, as continued hike in oil rates would further enhance the cost of production, making transport more expensive.
Mian Anjum Nisar said that the economy of Pakistan, particularly the SMEs are striving to deal with the present economic crunch and need to get support. Instead of providing subsidies or waivers, it is unjust to overburden the industries with hike in cost of production.
He observed that the burden of the surge in oil price in the international market is immediately transferred to masses by the government but the process of reduction in the prices is always very slow, he noted.
He said that the experience from FY22 brought to the fore once again the need to address the country’s structural weaknesses, such as a narrow base of foreign exchange earnings and meager inflows of foreign investment.
He stressed that priority should be given to producing new varieties of seeds that are suitable to varying weather conditions and to devise a framework that emphasizes water management strategies to increase agricultural productivity.
The losses to agriculture produce induced by the recent floods are likely to step up the import of agriculture commodities, particularly cotton, he said. He said the government has targeted to reduce the fiscal deficit to 4.9pc of GDP in FY23 from 7.9pc in FY22, which cannot be achieved without revenue and expenditure measures. In fact, the fiscal deficit exceeded in the first quarter of FY23, annoying the IMF, which demanded more measures to reduce the gap.
Unless attention is paid to all factors that hamper industrial and exports growth, the country might not be able to achieve the desired results, he warned.
He said that businesses had been bearing the brunt of very high interest rate, issues of the Federal Board of Revenue and high energy prices.
Mian Anjum Nisar said that the central bank has lowered its projected GDP growth, citing flood-induced destruction and the stabilization policy as major factors in its flagship economic health report. The State Bank of Pakistan (SBP) said economic growth was stronger than expected in the 2021-22 fiscal year as real GDP increased by 6pc compared to 5.7pc a year ago.
He said that the economy was already in a stabilization phase when widespread flooding hit a large part of the country at the start of the current fiscal year. He added that the flooding was likely to impinge on the country’s real economic activity through various channels, fearing that losses in agriculture emerging from the damages to crops and livestock were likely to transmit to the rest of the economy through various backward and forward linkages.
The large-scale destruction of infrastructure in the affected provinces might also undermine the country’s growth prospects during the year.
He said that the SBP avoided providing any range for the growth rate of the current financial year apparently due to the worsening economic situation. Industries have either shut down or drastically cut their production due to high inflation and the unavailability of gas and electricity.
One major reason is the cork put by the SBP on the opening of letters of credit (LCs) for imports in an attempt to save dollars. He pointed out that the industry has already announced lay-offs within days if the gas supply is not restored and LCs are not opened, as millions of people, who were associated with various sectors directly or indirectly, have lost their jobs. No official data is available in this regard.