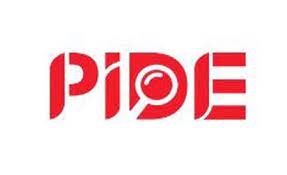 PESHAWAR: Pakistan Institute of Development Economics (PIDE), being the nation’s premier think-tank, amid continuous calls for the Charter of Economy by different segments of the society as well as political leadership, has presented its “Charter of Economy.”
Former Deputy Chairman Planning Commission, Renowned Economist, and Vice Chancellor of PIDE, Dr. Nadeem ul Haque in a press statement isused here on Sunday stated that the country’s economic indicators over the course of its entire history have fluctuated widely without a clear and sustainable growth trajectory. Despite experiencing extreme economic and political experimentation, the country fails to get on the road to development. All thanks to the myopic approach, he added.
He said that the focus, thus, has to be long-term, as short-term quick fixes have not worked, and it must start from somewhere. The only way out of the economic turmoil that Pakistan has been stuck in has to be sustained and accelerated growth. How to achieve it? Not without a complete reset of the fundamentals of governance systems and markets.
“In this context, a political consensus in Pakistan is critical because implementing any new rules of the game in letter and spirit seems highly unlikely without a broad-based political consensus. First and foremost, the pre-requisite must be policy consistency for at least the next 15 years. Once there is a political consensus, there should be no off-tracking from the set direction, whatever the case may be ‘’ VC PIDE added.
Dr. Nadeem ul Haque further said that through this document, PIDE brings to the spotlight the real issues that matter, hitting right at the core, in an attempt to set the fundamentals right. The Charter has been divided into six broad themes that include: Governance for the 21st Century, Sludge and Deregulation, Economic Policy Focus, Developing Markets, 3Ts (Trade, Tariff, and Taxation) and Modernization.
He said that the PIDE views political uncertainty as the root cause of Pakistan’s economic problems. It is evident that policy inconsistency is due to rapid governmental changes and overlapping roles. The undefined jurisdiction of the arms of the state further magnifies the policy bottlenecks.
Hence, it is essential to make amends to the political set-up for better system efficiency and smooth economic performance. So, the Charter calls for empowered local governments and local police, new rules for the cabinet and parliament as well as electoral reforms.
The suggestions include putting limits on the number of cabinet members, term limits for parliamentarians and direct Senate elections and so on.
“Moreover, it is pertinent to note that economic growth is not limited to just traditional economic indicators. Instead, in modern times as has been practiced globally, growth is supported by seemingly minuscule but significantly important areas.
This involves a modern civil service and a network of independent organizations across the economy.
So, under sludge and regulations themes, the Charter envisions a modern bureaucracy with digitization at the center, monetization of perks and privileges, bidding farewell to colonial examination and lifetime job security, along with independent authorities with the sovereign board of governors instead of centralized bureaucratic control” Mr. Haque added.
He further elaborated that the third theme is about the Economic Policy Focus. Here, the Charter impresses upon the need for an independent Planning Commission to be the convergence point of all the planning and development across the country. This would bring synergy, efficiency and a collective approach leading to better outcomes.
Additionally, it recommends the Parliamentary Budget Office to enhance the technical side of the budget-making process. PIDE, here, is also in favor of initiating five years plans once again for policy consistency and stable economic signaling. Besides that, an independent Debt Agency is also included in the blueprint.
He said that the next theme is about developing markets. The Charter focuses on three key markets: energy, agriculture and real estate. The basic argument is to reduce the government footprint, modernize the processes and let the markets evolve and function on their own.
Dr. Nadeem ul Haque added that then comes 3Ts. Taxation, Tariffs and Trade. Firstly, make taxation simple and progressive, while universal income tax treatment should be followed. Secondly, tariff lines must be rationalized and reduced. A clear perspective is required regarding the extent of openness, and broader guidelines for policy directives must be present.
Thirdly, a 15 – year Export Policy – owned and monitored by an “Export Cell” at the Independent Planning Commission should be initiated. Having said that, the policy should be targeted to enhance competitiveness rather than spoon-feeding.
“In the last theme, PIDE’s Charter of Economy talks about vertical, dense and inclusive cities. It also urges to unlock the dead capital in Pakistani cities. In a nutshell, cities should be the engines of growth. Lastly, it makes the case for the internet for all – as a basic necessity if we are to plunge into a modern progressive society” VC PIDE mentioned.
However, he said that the PIDE emphasizes that its Charter of Economy must not be mistaken for a policy document, rather it is meant to set the direction for future policy frameworks. PIDE enunciated that the Charter should be considered as a live document, open to changes and improvement. The Institute looks forward to any consultation, feedback or dialogue in this regard.