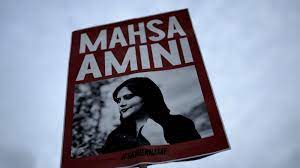 TEHRAN (AFP): Iran has sentenced to death three people accused of killing three members of the security forces during the protests triggered by the death of Mahsa Amini, the judiciary said Monday.

The Islamic republic has been rocked by civil unrest since the September 16 death of Kurdish Iranian Amini, 22, following her arrest for allegedly violating Iran’s strict dress code for women.

The latest sentences, which can still be appealed, bring to 17 the total number of people condemned to death in connection with the more than three months of protests.

Four of those convicted have been executed and two others are on death row after their sentences were upheld by the country’s supreme court.

Two others were handed prison terms for the incident that led to the deaths of three security force members in the central province of Isfahan on November 16, Mizan said.

All the sentences can be appealed before the supreme court, it added.

Two other men, Mohsen Shekari and Majidreza Rahnavard, were put to death in December after being convicted of separate attacks on security forces.

The executions have sparked global outrage and new Western sanctions against Tehran.