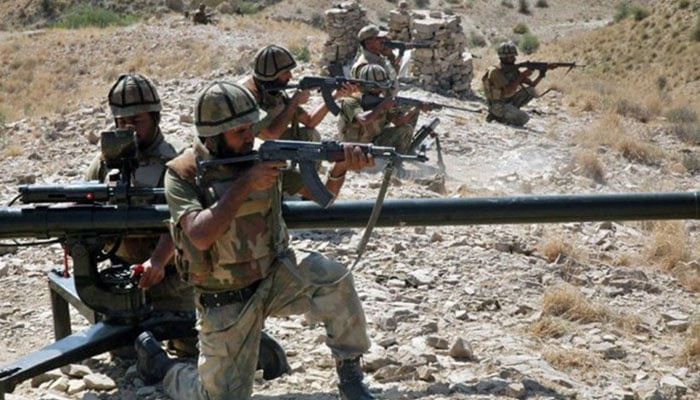 RAWALPINDI (INP): A soldier of Pakistan Army and two civilians were martyred when a suicide bomber exploded him in North Waziristan district of Khyber Pakhtunkhwa, Inter-Services Public Relations (ISPR) said on Monday.
According to military’s media wing, a suicide bomber exploded him in Miranshah area of district North Waziristan.
A soldier of Pakistan Army identified as Naik Abid 33, hailing from district Mansehra and two civilians embraced martyrdom in the suicide attack.
The intelligence agencies have initiated investigations to find out details about the suicide bomber who carried out the attack, his handlers and facilitators.