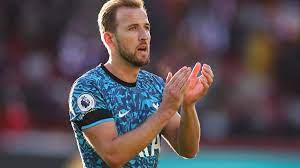 LONDON (Reuters): Harry Kane shook off any World Cup hangover to spark a Tottenham Hotspur revival in an entertaining 2-2 draw away at Brentford as the Premier League roared back to life on Monday (Dec 26).

An early goal by Vitaly Janelt and Ivan Toney s close-range goal shortly after the interval put Brentford 2-0 up as Tottenham struggled to deal with their hosts.

But Antonio Conte s side have made a habit of playing their best football when trailing and so it proved again.

Kane, whose missed penalty just over a fortnight ago condemned England to a quarter-final defeat by France, headed home in the 65th minute to throw his side a lifeline.

Pierre-Emile Hojbjerg, one of five Tottenham starters who featured at the World Cup, then levelled with a calm finish and Kane almost won it with a header against the crossbar.

Tottenham are in fourth place with 30 points while Brentford are ninth ahead of the rest of the day s fixtures.