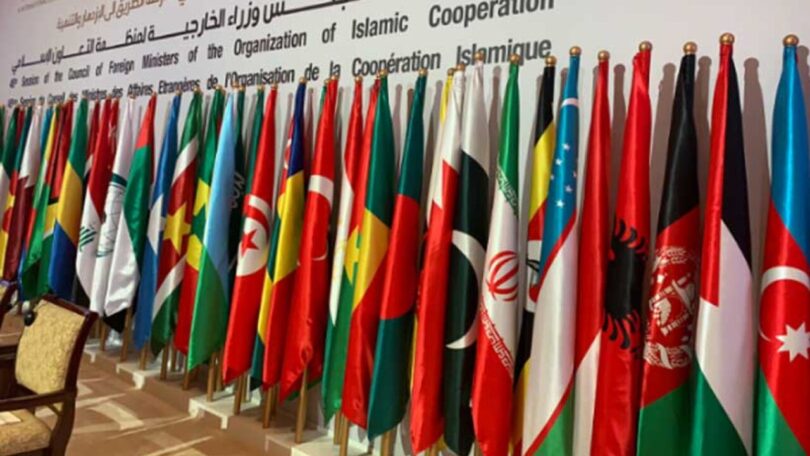 The Organization of Islamic Cooperation (OIC) is the second-largest world multilateral forum and is a collective voice of 57 Muslim countries around the globe. Since its inception in 1969, the OIC has played an adorable role in the restoration of peace and safeguarding of social, political, and economic interests of the Muslim ummah across the world. The OIC has extensively worked on the Jammu and Kashmir issue, Afghanistan, Palestine, the Muslim genocide in Bosnia Herzegovina, Rohingya Muslims in Myanmar, and other issues relating to the Muslim world, besides resolution of interstate rivalries and mobilization of Muslim states in case of natural disasters and calamities in member countries.

Over five decades ago, Muslim nations laid the foundation of the OIC, to raise collective voices and mobilize combined resources for the resolution of persistent problems faced by the Muslim Ummah including the most important Palestine and Kashmir disputes. Historically, the OIC had put forward an effective legacy to secure the joint interest of Muslim countries, however, its performance and effectiveness had largely been marred by the member nations, who cared more for their interest than instead of the entire Muslim Ummah. Presently, the multilateral forums including the UN, the OIC, and other interstate mechanisms have become helpless in front of the hegemonic agendas of belligerent states that not only interpret the international law in their way but continuously abuse decisions of the global forums in issues concerning them.

Historically, the OIC, as a representative body of Muslim Ummah, had always endeavored to help facilitate its member Countries in all odds but Arab nations weakened the Palestine cause because several powerful Muslim states have forged bilateral diplomatic, trade, and economic ties with the world’s sole Jewish state by putting Palestinian cause on the back burner while the Palestine resistance movement fell prey to mutual disunity and enemies’ conspiracies and lost their destination in the midway.

On the other hand, the Jeddah-based forum had actively supported Pakistan’s stance over the Kashmir dispute and had constituted the OIC Contact Group and also appointed OIC Secretary General Special Envoy for Jammu and Kashmir to closely monitor the latest development and pursue the issue with the relevant countries and global forums.

In fact, Unity, joint action, and a time-bound and wholehearted approach of the entire Ummah are essential to resolve the longstanding issues of Palestine and Kashmir, otherwise, influential occupiers would continue to abuse the UN and OIC’s resolutions on these two most important and longstanding issues forever.