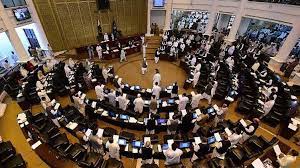 PESHAWAR: Khyber Pakhtunkhwa Assembly on Monday unanimously passed a resolution seeking tax exemption in all the merged districts till 2033 to provide relief to the local people and business community.

The resolution moved by Inayatullah of Jamat-e-Islami said that after merger of erstwhile FATA and PATA into KP the federal government gave an exemption in tax till 2023, adding that unfortunately the merged districts remained struck in different natural calamities including earthquake, floods, and corona pandemic during the last two decades.

He said that the recent incidents of law and order further aggravated the situation in these areas thus forcing the business community to leave the merged district for safe places.

In such a situation the House recommended the Provincial government to recommend the Federal government to further extend the tax exemption in merged areas till 2033 to facilitate the local people as well as the business community.

Meanwhile Sardar Hussain Babak of ANP moved a resolution to make it mandatory for all mosques and seminaries to have Quran’s translation and Tafseer in all national and local languages for understanding of the common man.
Wilson Wazir of minorities moved a motion seeking an increase in seats for minorities in the national and all provincial assemblies as per the ratio of an increase of general seats in these assemblies.

The House unanimously passed all the three resolutions, however another resolution of Mir Kalam Wazir regarding restoration of allocation of quota for students of Balochistan and merged districts in all public and private medical colleges of the province was deferred after an objection raised by Minister for Higher Education Kamran Bangash. (APP)