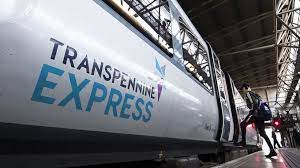 LONDON (BBC News): Labour is calling for train operator Transpennine Express to have its contract removed.

Transpennine, which operates across the North of England and into Scotland, has been cancelling trains on a daily basis for months.

Rail Minister Huw Merriman said that if the service “can’t be turned round then decisions will be made”.

When rail franchises fail in England, they are taken over by a Department for Transport-owned company called the Operator of Last Resort (OLR).

Ms Haigh asked in the House of Commons on Thursday for this to happen to Transpennine.

The train company’s contract is up for renewal in May.

Mr Merriman responded that he was “keen to ensure the [OLR] has a manageable portfolio” but “decisions will be made” on Transpennine if it cannot turn itself around.

However, he added that there had been criticism about the performance of another rail operator, Northern, which is currently run by the OLR.

London and North Eastern Railway (LNER) and Southeastern Trains are also run by the OLR.

Transpennine has blamed its cancellations on high sickness rates and a backlog of driver training caused by the pandemic.

On Wednesday, Mick Whelan, Aslef’s general secretary, was asked on the BBC’s Today programme why members had not been given a vote on an offer of 1.5 times pay for working overtime.

He responded that pay had not gone up in several years, and the point of rest day working was not to cover services.

Asked if an agreement on rest day working would mean more trains running, he said: “I don’t think my people would work those trains for a lower rate of pay even if we had an agreement.”

Mr Whelan added: “We have a company that’s operating in totally bad faith and smashing every agreement we’ve got”.

He said Transpennine has “poor performance, poor industrial relations and can’t operate in the 21st Century”.

Ministers have repeatedly said a reliance on rest day working needs to end.
A Transpennine Express spokesperson said the company was “committed to the communities we serve and want to assure our customers that we are doing all we can to deliver a train service they can rely on”.

The firm had removed services from its timetable on a day-to-day basis due to “very high levels of sickness and a training backlog following the pandemic”, said the spokesperson, adding that Transpennine “continues to work flat-out to deliver higher levels of service delivery and to tackle the issues that are being experienced by customers”.

Mr Merriman had already said on Wednesday that Transpennine Express’ contract was under consideration.

He told the Transport Select Committee: “If a train operator is not performing and it appears clear that they can’t perform and can’t turn this around, then that contract would come to an end and we wouldn’t hesitate to put it into the Operator of Last Resort.”

“I am already looking at what needs to be done… with regards to that contract,” he added.

Mr Merriman said he had weekly data on Transpennine and another troubled operator, Avanti West Coast, and what they were doing to improve performance.
Mr Merriman also told the Transport Select Committee on Wednesday he would meet the regulator about cancellations in advance.

This can happen up to 10pm the night before and are not included in on-the-day cancellation figures.

On Thursday, he told the House of Commons the practice needed “a good look” and the current levels on Transpennine gave him concern.

Mr Merriman has said Avanti had increased services in December without relying on rest day working, and recruited more drivers, but a period of industrial action over Christmas meant it was hard to assess whether improvements were working.
He said Avanti’s performance had been much improved over the past couple of weeks and he hoped the operator was “turning a corner”.