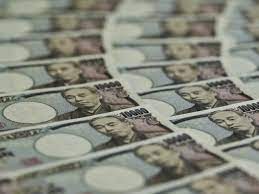 Major indices in New York had opened higher following US data showing a surprisingly big drop in December retail sales and a decline in wholesale prices.
The reports added to expectations of an upcoming pivot by the Federal Reserve away from aggressive interest rate hikes, boosting sentiment.

But stocks went negative soon after the open, adding to losses in the afternoon. The S&P 500 finished down 1.6 percent. “It seems like we got a little overbought,” said Maris Ogg of Tower Bridge Advisors.

But hopes for China’s recovery continued to provide much-needed support, with Vice Premier Liu He telling the World Economic Forum that growth would likely rebound this year as the country reopens after zero-Covid. His comments came after data showed the Chinese economy expanded last year at its slowest pace since 1976 — excluding pandemic-hit 2020 — but still beat forecasts.

The news added to hopes for a global recovery after last year’s pain caused by rising prices, interest rate hikes, China’s economic woes, war in Ukraine and a spike in energy costs that the conflict sparked.

In foreign exchange, the yen pulled back against the dollar.

Traders had been keenly anticipating the Bank of Japan decision after it last month shocked markets by announcing a tweak that allowed its tightly controlled bond yields to move in a wider bracket.

The move in December sent the yen soaring, and while the bank held firm Wednesday, there is a growing expectation that officials will eventually move away from the policy of buying up bonds to keep yields in check.

“Speculation will remain that it will eventually review its policy,” Takahide Kiuchi, executive economist at Nomura Research Institute and a former BoJ policy board member, told AFP.

Shares in tech giant Microsoft slumped 1.9 percent after it confirmed it would cut 10,000 jobs due to the poor economic outlook.