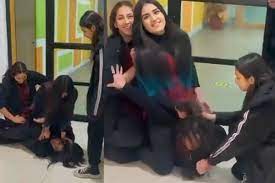 LAHORE: Lahore Deputy Commissioner (DC) Muhammad Ali on Wednesday suspended the registration of Scarsdale School over the torture of a girl student by classmates.

The DC listened to the arguments of both parties on the recommendations of the inquiry report and ordered to suspend the registration of the school till next hearing.

The DC directed the Education CEO to look after the school’s affairs during the suspension period.

Zahid Ali Akbar, the owner of the school, and principal Romuald Delattre had appeared for the hearing.

The school administration was also directed to submit its reply at the next hearing.

The Education CEO was also directed to issue notice to the parents.