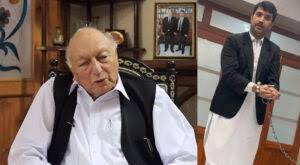 According to the police, the former president SCBA was shot inside Peshawar high court bar room. Afridi was rushed to the hospital, where he was pronounced dead. The killing was declared personal enmity by police.

Accused, Adnan, who was arrested by the police on the spot was presented before a magistrate for physical remand. The court handed over Adnan on two-day physical remand and later adjourned hearing of the case.

The CCTV footage of firing inside the Peshawar High Court (PHC) bar room showed people running after the shots were heard. Meanwhile, a policeman was seen taking the suspect into custody. (INP)