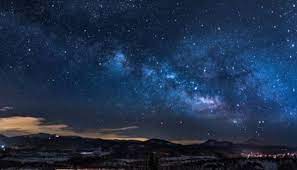 ISLAMABAD: The longest night of the year will span up to 14 hours.

According to the Pakistan Meteorological Department (PMD), the night between December 21 and 22 is the longest night of the year. The sunrise would be at 7:09 am, the met office said.

The met office has said that the shortest day of the year 2022 will be witnessed on December 22 as it will be spanned over 9 hours and 56 minutes.

On December 21, 2022, the winter solstice, the world will also witness the planetary conjunction of Jupiter and Saturn. The double-planet spectacle is sighted at the southwestern horizon in the sky.

The situation is the reverse in the Southern Hemisphere. There, the December solstice marks the longest day of the year, and the beginning of summer in places such as Argentina, Australia and South Africa.

The difference in hours between day and night at winter solstice remains at some places like Singapore, just 137 kilometres or 85 miles north of the equator, barely noticeable, with just nine fewer minutes of daylight than they have during the summer solstice.