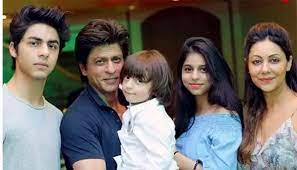 MUMBAI: Bollywood superstar Shah Rukh Khan himself is all set to make a comeback through “Pathaan”. As he promotes his latest movie, the media has been recalling a previous occasion when Khan said that his children are more admirable people than he is.

Shah Rukh also shared that he has never pressured or influenced his children to pursue any particular career. He has always been supportive of whatever choices his family makes. Despite this, his children have chosen to follow in his footsteps. Suhana Khan will be appearing in a film directed by Zoya Akhtar in the future.

Speaking about the kindness his children have, he said, “None of my children have my habits. I thank God for that. They are good kids. The only commonality between Suhana, AbRam and me is that we get dimples. They are much better human beings than I am.”

He further added, “They should do whatever make them happy and be healthy. I never ask my children to become an actor, engineer. They can be whatever they wish to be.”

SRK will be seen in “Pathaan” next opposite Deepika Padukone. John Abraham will be playing the role of antagonist in the film. It is scheduled to be released on Jan 25.