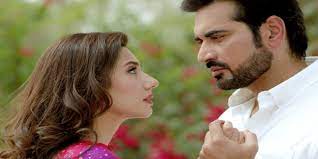 KARACHI: Lollywood’s most versatile actors Mahira Khan and Humayun Saeed hinted to their fans about their upcoming project together which could be a movie.

One of the Twitter users taking asked Mahira, “When we can expect to see Humayun Saeed and you together?

To which Mahira replied, “I hope very very soon. She mentioned Humayun and wrote “Kyun Humayun?”.

On the work front, Humayun Saeed is currently busy with his ongoing project which is a Netflix series ‘The Crown’. He has been praised for his next-level acting in the series as he has always been the favourite of netizens.

The ‘Makho Jatti’ from ‘The Legend of Maula Jatt’ garnered a lot of love and appreciation across the internet for her role in the film and recently she attended the ‘Red Sea International Film Festival in Saudi Arabia.